On Highway 3 heading to Tecate, watch for a small blue sign pointing off to the right at Km 78.1, before you cross the bridge into the Francisco Zarco community. The map does not show the correct entrance. Prepare for a long ride on a dirt road into the countryside. Hot winds are blowing in early June, stressing the tender green leaves of the expansive Lafarga vineyard. Chubby olive trees line the road and here and there birds dart out to capture insects. Just when you begin to wonder if you will ever get there, a magnificent old pepper tree stands sentinel at the entrance and the road goes up into the hills. The last section is a bit of a challenge as it turns steeply up toward the summit, but any passenger car can make it without a problem. The view is breathtaking.

Three brothers had a vision in the 1990s to start a small family run winery. It was a simple affair and they began with four of the most popular varietals. The Mediterranean like weather in the Guadalupe Valley is nearly perfect conditions in which to grow the grape, however, Baja tends to be a little hotter at the east end of the valley. The Guadalupe Valley is also unique for its microclimate conditions. Winemakers are attuned to nature’s changes and must be aware of the interaction of the four elements of water, soil, sun and air. A change in any of these will be expressed in the glass of wine. For example, the further east you drive into valley, the hotter the climate and this will stress the grapes, creating a more intense bodied wine. Lafarga released its first label at the annual Fiesta de la Vendimia in 2004. As the word got out that Lafarga was creating good wine, the brothers continued to develop the land and increased the number of varietals from which they could create unique artistic statements. This is a story that is often heard in the valley about how someone started with one barrel in their garage, getting swept up in the passion, and expands production to thousands of cases a year. 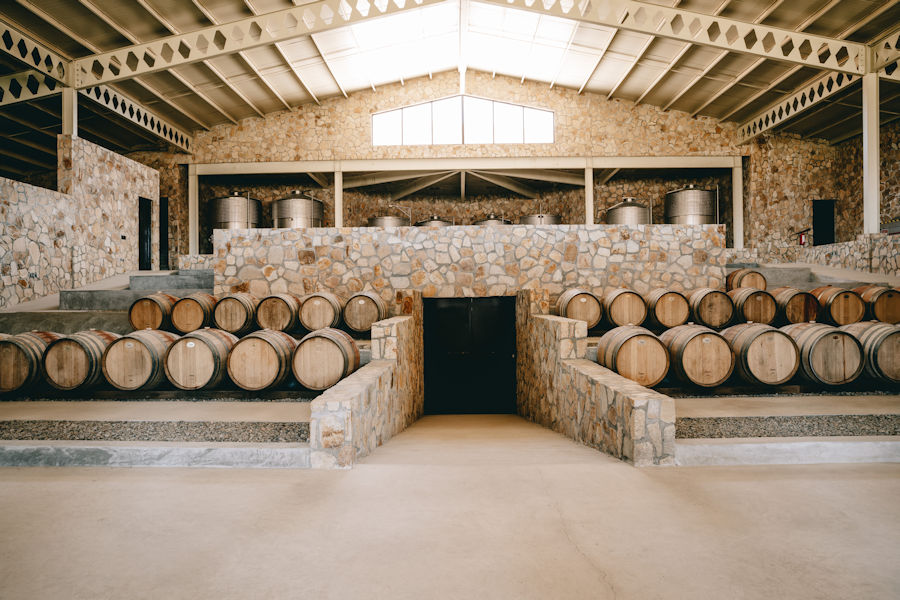 Beginning in 2010 there was a sudden explosion of new wineries popping up everywhere in the valley. Baja California was becoming known for making very good wine and was becoming the go-to place for vacationers as well as the wine connoisseur. Gourmet restaurant opened in unique outdoor setting with surprising artistic food creations. The idea of “wine pairing” was becoming very popular. Today, it is obvious that the brothers have kept up with the times. They have recently constructed a monolith of natural rock on the hillside where all production will be moved. The structure soars upwards of two stories. As the hill was carved out and leveled, the natural stone was saved to use as building material for the handsome rock walls. Floor to ceiling glass allows the view to enter the room. The massive building includes an interesting theatre-like showroom for the sleeping barrels and higher up the stainless-steel fermentation tanks wait for the next harvest. Visitors may witness the production through glass windows. At the far end of the open room is the wine tasting bar where one can choose from three different packages; the first selection is of favorite white wines, or you can choose 6 reds, while the last combines the first two.

Family wineries nearly always honor their family members. The Lafarga brothers created Esther, a 2010 Merlot, that honors the Lafarga matriarch. Ester has a year and a half in American oak and another year and a half in the bottle, her picture appears on the label. It says volumes about the family as two brothers became doctors and the third is the architect who created the new home for the Lafarga winery. Don Jose Lafarga, the father, is also honored with his own label, called DJ with his birthdate of 1905. The DJ, 1905 is a 2012 blend of Cabernet and Merlot. It also has one and a half years in American oak and one and a half years in the bottle before releasing it. 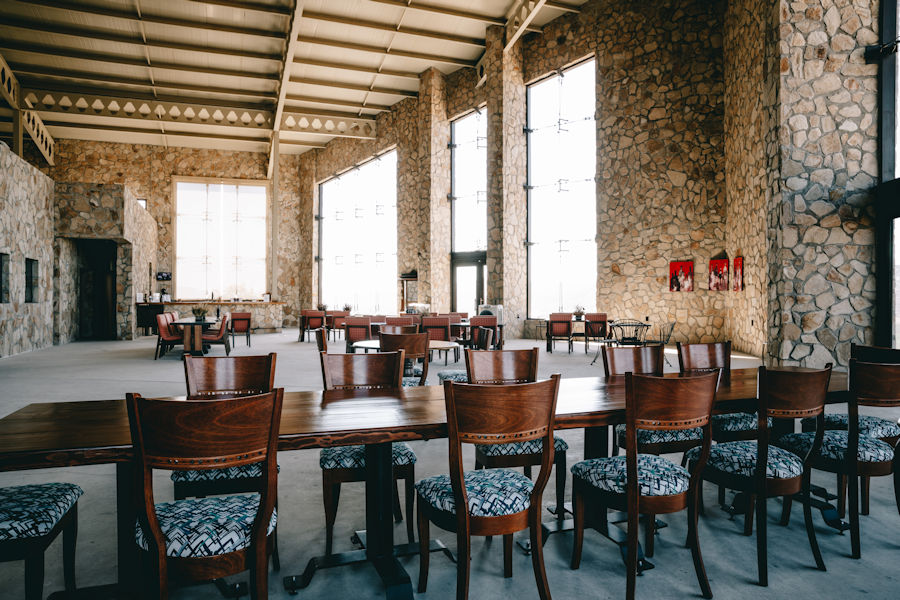 Another interesting label is called Mx 3, Km 78.1 and the story focuses on the road to Tecate and their location at Km 78.1. This is important because the new wine map given out for 2019 gives incorrect information. The 2010 Mx 3 has a year and a half in American oak and held another year and a half in the bottle for it is sold. Its blend of Nebbiolo, Cab, Merlot and Syrah give a full red berry with a hint of cinnamon. This attention to the aging process is a signature of the brothers’ attempts to follow in their earlier footsteps in creating serious wine. And the favorite was the 100% Nebbiolo 2010. Again held for 3 years before it was released. The deep rich color was followed by a warm earthy boutique. It filled the mouth with dark plume and finished with a hint of chocolate truffle. The quality of this Nebbiolo is meant to be savored with friends and fine food.

The Lafargas’ project is spacious, still expanding. When visiting Viñedos Lafarga it is wise to factor in the adventurous drive into the foothills and plan to spend an afternoon taking in the view and sharing time with good friends and family. Bring a picnic lunch and sit out on the terrace, while enjoying the variety of Lafarga wines. 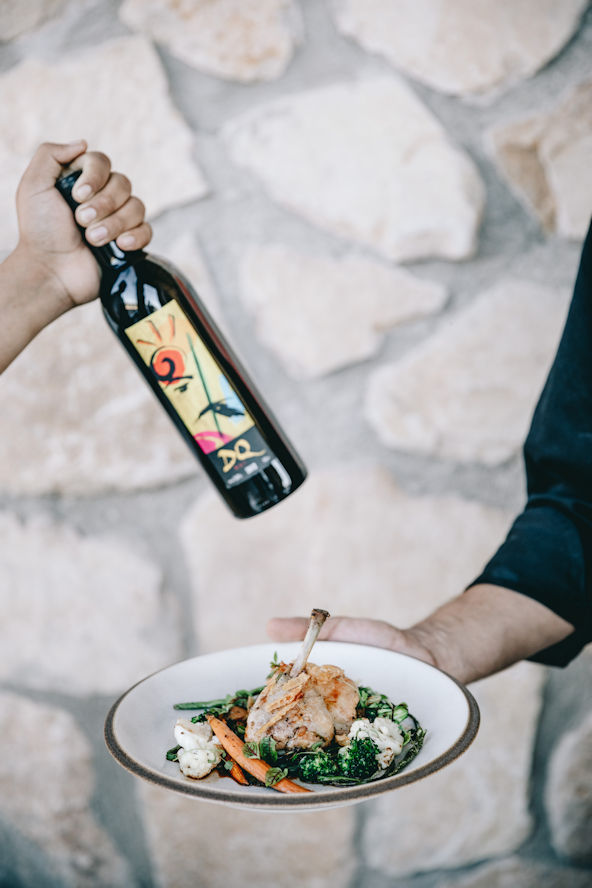 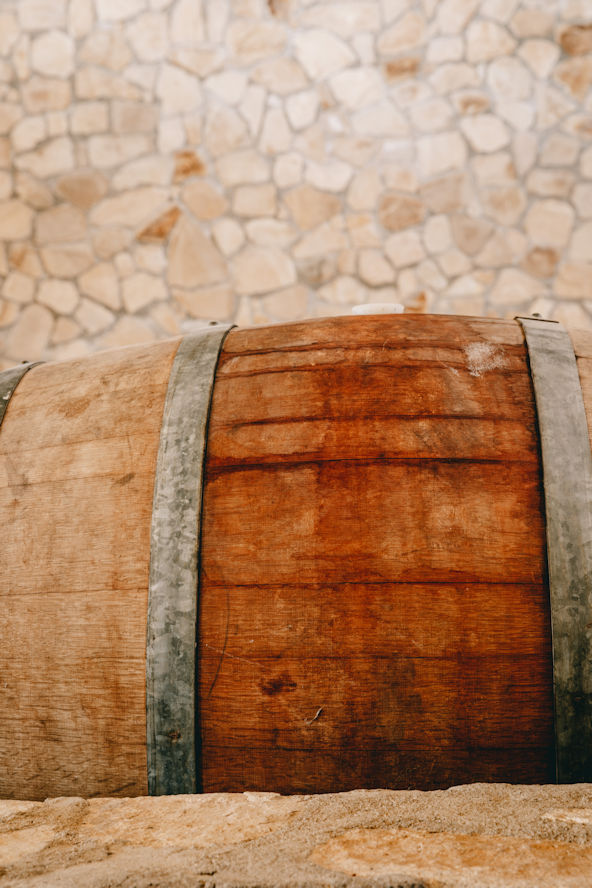