Where the Pavement Ends
by David Kier

Where the Pavement Ends 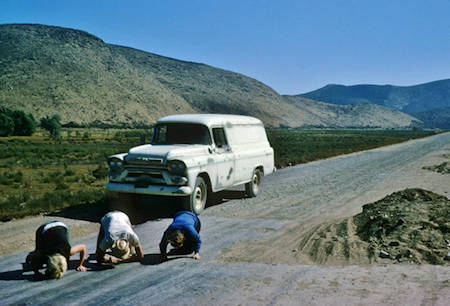 Photo by David Woodward: In 1965, the blacktopped highway was greeted with joyous ‘pavement kissing’ by these northbound Baja travelers, at Arroyo Seco. Today, this is at Km. 120.

If you have been driving the roads of Baja California for many years, leaving the pavement is a normal occurrence. In fact, Baja California was made famous because of its dirt roads. Off-Road Racing was born here with the 1000-mile quest for the fastest time to La Paz. This was when 800 of those miles were on unpaved and often quite rough roads.

Before the Transpeninsular Highway project of the late 1960s and early 1970s, the pavement south of Ensenada ended at Arroyo Seco, a few miles north of Colonet. It didn’t begin again until about 100 miles north of La Paz and ended once more about 10 miles south of La Paz.

Baja California paved roads in the 1960s were few, and far between as this 1962 Auto Club map illustrates.

My desire to write about Baja California travel was born from a trip my folks and I made in the summer of 1973. The Transpeninsular Highway was under construction. The new pavement ended about 40 miles south of El Rosario and did not resume again (fully) until just 16 miles north of Guerrero Negro. In all, 136 miles were unpaved and about 50 miles was on the old main ‘Baja 1000’ road, the same one we had driven in 1966! I created a report noting the new road location and progress, with maps. That became my first Baja California Road Guide, self-published, when I was 15. 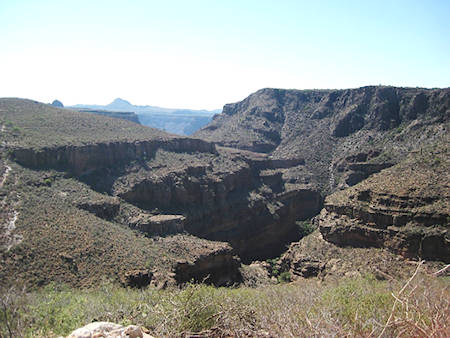 All things change over time and today, Highways 1, 3, 5, 19, and others, are all paved, and some are even four-lanes wide! The Bahía de los Angeles Road is also all paved. Some maps call it Highway 12. Other branches off of Highway 1 are now fully paved during the past twenty years. They include the San Pedro Mártir Observatory Road; the road from Vizcaino to Bahía Tortugas and Bahía Asunción; the road to Punta Abreojos; and the beautiful drive from Loreto to San Javier.

Paved BCS Highway 53 goes north from Ciudad Insurgentes to La Purísima and San Isidro, with a paved branch to San Miguel Comondú. Another paved branch off of BCS #53 goes to Las Barrancas and San Juanico. Times, they are a changing!

There are still some uncompleted paved roads. They just end, without reaching their destination. Let’s look at those places: 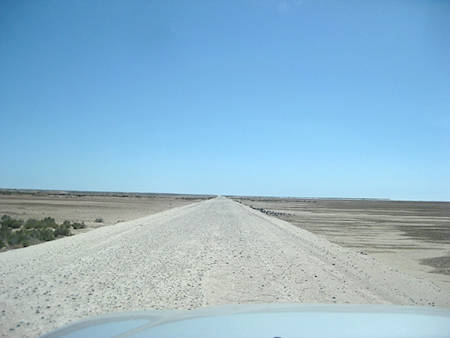 Just beyond the end of pavement, going to Laguna San Ignacio.

Leaving Highway 1 at Km. 117.5, south of Vizcaino, this paved highway climbs the Sierra de San Francisco, going 22 miles to the village of San Francisco, at an elevation of 3,640 ft. The pavement ends 4 miles before reaching the village.

This paved highway goes south from the town of San Ignacio, beginning just one kilometer beyond the mission plaza. The nice, paved road runs for almost 30 miles before ending abruptly 6 miles from the shore of the lagoon. The unpaved section is easily driven in dry weather to the whale camps and continues south past the lagoon for 66 miles to San Juanico. This road is planned to be all paved, some day.

South of Loreto, just beyond the top of the steep grade on Highway 1, a paved road south begins at Km. 63.5, heading for San Cosme and Bahía Agua Verde. The village of Agua Verde is 25 miles away, but the pavement ends in just 6.2 miles. Four miles further, is the top of a spectacular, steep grade to the gulf coast. This might cause larger vehicles to take pause. 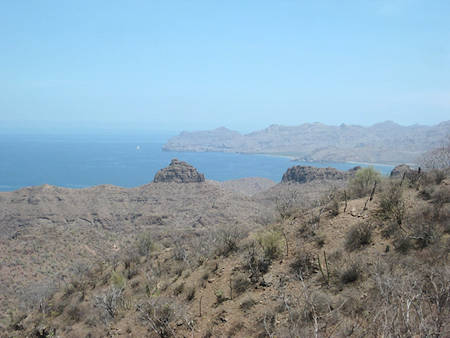 View towards Agua Verde from the top of the grade.

Over time, as population or popularity demands it, more roads will be paved. Change happens and those wonderful memories of driving on unpaved roads the length of the peninsula will be cherished always. Today, one may still drive mostly dirt roads from north to south, but with detours and some highway sections to connect the unpaved segments. The Baja Divide route, popular with bicycle travelers, uses dirt roads as much as possible and is shown on the Benchmark Baja California Road & Recreation Atlas available from Baja Bound Insurance.

Get A Quote
PreviousSan Bruno: The Oldest Spanish Ruins in All of CaliforniaNextSan Felipe’s Valle Chico and Canyons
Get A Quote