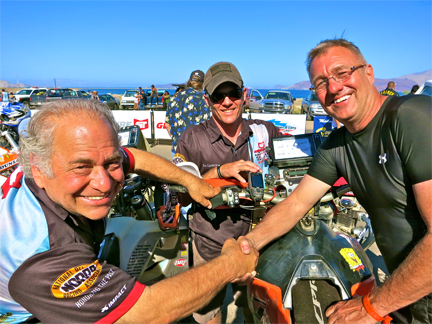 Prior to 2012, Mike Gilkey had never been to Baja before. As a resident of North Carolina, it wasn't as simple as jumping in the car and heading across the border like it is for residents of California and Arizona. When Mike learned about the NORRA Mexican 1000 and the opportunity to ride down the peninsula on a motorcycle, he was all over it. On top of it all, Mike also decided that he would do the rally as a fundraiser. At the end of the rally, Mike was honored to be named the 2012 NORRA Mexican 1000 "Rookie of the Year". We caught up with Mike to learn all about his story and his thoughts on Baja after returning from his extremely long road trip from North Carolina to Cabo and back...a journey that totaled well over 7,000 miles!

MG: I saw the flyer on-line and it sparked my interest so I called my buddy, Aaron Gibson, to run it past him. He said, "Let's do it!" No deep thought...we just signed up. It was also my 50th birthday present to myself! 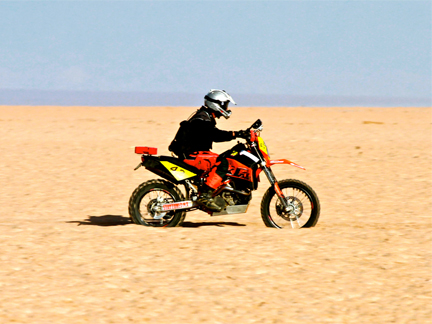 BB: Your effort for the 2012 NORRA also coincided with a fundraiser back home in North Carolina. Who was the beneficiary?

MG: I've been a Special Olympics coach for years, so I wanted to raise money for the Haywood County branch.

BB: Prior to the rally, I would imagine friends and family might have been somewhat dubious of your intentions for NORRA. What kind of feedback were you getting?

MG: My girlfriend was anxious but my kids just rolled their eyes and said, "That's just dad...he'll be fine". Friends thought it sounded like a big, wild adventure.

BB: It was your first time visiting Baja California. How did reality match up with your expectations of the peninsula? 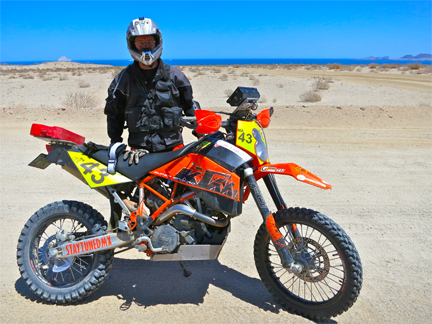 MG: Baja was somewhat like I expected only it was much bigger. Also, I didn't imagine how remote it would be in places or the amount of sand. There were stretches where in two hours I didn't see any people or houses and I felt like I could have been on the moon. Then on the other side of a mountain the ocean would come into view for an interesting change of scenery.

BB: What was your favorite thing about Baja?

MG: The same surprising remoteness is also what I loved about it...just riding through that for hours. The people I did see were laid-back and casual. 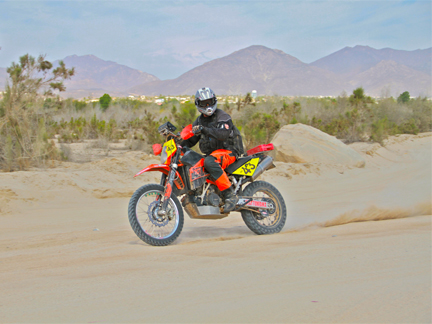 MG: I'll be back in 2013 in a support role...hopefully that would enable more East Coast guys to get out there. Support is important for a big trip like this.

Special thanks to Scotty Breauxman and Race-Dezert.com for the photos!