Mariachis – The Tempo of Mexico
By Greg Niemann

Mariachis – The Tempo of Mexico 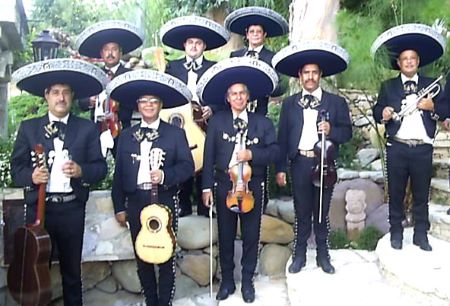 The uplifting sounds and homey folk lyrics of mariachi music has become an integral part of the Mexican culture and history. Indeed, it appears the entire Mexican psyche is interwoven with the brassy and bold tempo produced by sombrero-clad men in tight-fitting pants, frilly shirts, and waist-length jackets.

Visitors to Baja restaurants quickly become aware they’re in a different culture when, along with the cervezas, frijoles and totopos (chips), they’re treated to ear-splitting renditions of “Rancho Grande” or “La Cucaracha.”

Depending on the restaurant’s acoustics and size, the experience can range from a bombardment of the aural canals to a lovely, romantic interlude on a seaside patio, like at La Fonda, where strains of “Coo coo coo, La Palo-o-o-oma” can caress the waves below.

Mariachi is Mexico’s main contribution to the music world, and has entertained diners, motivated dancers, and serenaded lovers for many years.

The origins of mariachi go back to pre-Cortes days when Native Americans played music with rattles, drums, reed and clay flutes and conch-shell horns. The Spaniards brought their violins, guitars, harps, horns and woodwinds and the blending of the cultures also brought about the blending of the music. One of those music forms was the mariachi, and as no one can agree on the etymology of the name, its meaning has been lost to history.

Regardless, the music has lived on, its modern form evolving in Guadalajara, Jalisco in the 19th century. Early mariachi groups there consisted of the vihuela (a high-pitched round backed guitar), two violins, and a guitarró (a deep voiced guitar which took the place of the harp). Today, a complete mariachi group generally has two trumpets, six to eight violins and a guitar, along with the vihuela and the guitarró. 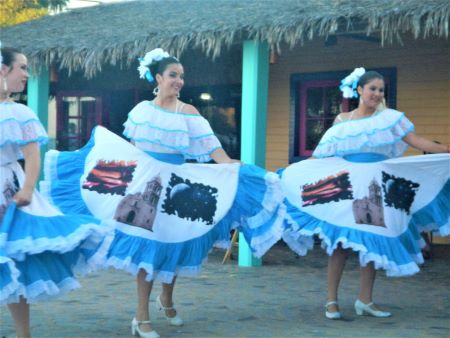 Forms of mariachi vary by region and include the son jalisciense, son jarocho, and the jarabe, a medley of dance pieces. (Jarabe Tapatio, or the Mexican Hat Dance, is a notable jarabe.)

Whenever there’s a special occasion in Mexico you can be assured that mariachis are present. Mariachis often participate in the courtship process, and the serenata (serenade) has become a touching and uniquely Mexican experience.

Las Mañanitas is a melodious birthday song, and it is traditionally sung early in the morning intended to awaken the recipient. Once I helped a friend plan one for his mother and we all gathered at dawn in the driveway below her window as the Mariachis woke up the Los Angeles neighborhood. For my Mexican-American friends, it was another occasion for a party, and tequila and beer quickly supplanted coffee and juice.

On another occasion, I hired a Mariachi band in the Baja lobster village of Puerto Nuevo. This is what I wrote about the incident in my first book, Baja Fever:

Mariachi music wafts through the now-cobbled streets as musicians stroll from restaurant to restaurant along with purveyors of freshly cut flowers and trinkets made of seashells.

Leila and I will never forget that summer weekend in 1985 when we went to the village to hire a mariachi group. We were throwing a party in Cantamar about two weeks hence.

Several groups of musicians lounged in the shade of a tree near the end of the main road, down about where a market is today. We were introduced to the leader of a group who would be willing to come to Cantamar on that date. We began negotiating how many hours they’d play, how much per hour, etc.

As we were closing in on a deal, they proudly offered to let us hear them. We agreed. So Leila and I stood, our arms around each other, in the middle of the dusty dirt road, while this mariachi group serenaded us in the hot August sun. Quickly a crowd gathered out in the road while these guys just kept playing and playing. Their enthusiasm won us over. That we felt special amid a group of gringos didn’t hurt either.

Puerto Nuevo is not the only Baja venue for mariachis, in fact they are everywhere, in restaurants and nightspots from Tijuana to Cabo San Lucas. Each spring, La Paz hosts a Mariachi and Tequila Festival.

The Rosarito Beach Hotel has been hosting what has grown to be Baja’s largest mariachi festival and one of the world’s top such events. The Rosarito Beach International Mariachi and Folklorico Festival has been held there every October since 2010. However, because of Coronavirus pandemic concerns, the 11th annual event this past October 2020, was cancelled.

The festival’s events, which include music and dance workshops, competitions, concerts and star-studded stage shows, had been the biggest fundraiser for the Rosarito Boys and Girls Club. The hotel is hopeful they will be able to continue the tradition in 2021.

And in Guadalajara, Jalisco, where mariachi music all began, each September there is a Mariachi and Charro Festival which attracts some 50 mariachi groups.

A world of mariachi

Today there are mariachi groups in such diverse places as Aruba, Calgary, Canada, Amsterdam, and Germany. There are numerous groups in the United States, including the Mariachi Los Cabos of Salem, Oregon, which performs through the Pacific Northwest. California, naturally, has plenty of mariachi groups. 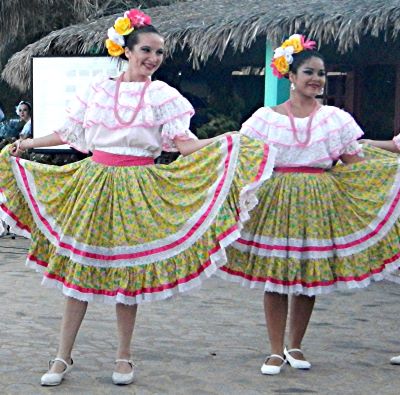 One of California’s most famous mariachi restaurants is the La Fonda de los Camperos on Wilshire Blvd. in Los Angeles where two alternating bands have performed seven nights a week since 1969. A touristy place, diners long remember the loud music reverberating from both a balcony and the main floor. Traveling groups, like Mariachi Esmeralda (based in Montebello) bring the classic Mexican music to venues throughout the Southland.

In the San Diego area, the Pechanga Resort and Casino features the Mariachi Del Mar. The group also plays at El Torito in Chula Vista and can be catered for special events. In Orange County, mariachi groups entertain at Plaza Garibaldi in Anaheim (Mariachi Espuelas de Mexico), Tlaquepaque Restaurant in Placentia, and the El Mariachi Restaurant in Orange.

At the El Mariachi Restaurant in San Clemente unfortunately you won’t find a mariachi group. There is a live harp player who provides pleasant background music, but no mariachis. It seems too many customers complained when they had a mariachi group in there as with trumpets blaring, and a lot of “ayy-yii-iiing” in the small space it was just too loud.

If you like “loud” with your meals—well, that’s another reason to go to Baja!